It is said that social media is a powerful tool when used correctly. Social media can make or break one's reputation, career, or even fate of things. Social media had an effect on Kameme FM presenters rehiring.

Njuguna Gicheha or “Man Nyari” as he is popularly known was one of the presenters who were laid off  by Mediamax . But his fans could not take it. They went to social media and started a hashtag of rehiring man Nyari. This went on for days, which prompted Kameme FM to rehire him. He announced the good news on Wednesday on his Facebook live ."When God speaks, all the other things are irrelevant. The Lord heard your prayers. Some of you people have fasted for this program, and I thank you so much, and that is why on Saturday, I will be back on Kameme FM and TV” said Man Nyari

He is grateful to his fans for their belief in him and to Mediamax for rehiring him. Man Nyari is also a gospel Kikuyu gospel musician. 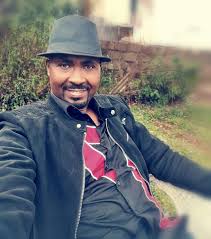 Top 20 Best Gynecologist In Kenya And Their Contacts

Top 20 Tips On How To Be Successful In Kenya

Top 20 Most Success Stories From Poverty To Richness In Kenya

Nokia Prices In Kenya, Specifications, And Review In Kenya

All About Kenya Revenue Authority Penalties Of Not Filing Returns

Top 20 List Of Most Watched Tv Shows In Kenya

Top 20 Most Followed Kenyans On Twitter With Over 1M+ Followes

Top 15 Most Followed Kenyans On Instagram + Over 1 Million Followers

Top 20 Most Influential Kenyans Below The Age Of 40 Years

Garlic Farming In Kenya- How To Grow Garlic 2 hours ago