How Ndindi Nyoro Became A Multi-Millionaire: His Entrepreneurship Journey

How Ndindi Nyoro Became a Multi-Millionaire: His Entrepreneurship Journey

Ndindi Nyoro the current MP for Kiharu is young and sharp. He love entrepreneurship and he has been very successful in this field. He has come from far and over the years he has sharpened his skills in anything business. His companies were closing over 100 million by 2014-I guess in 2019 this figure has tripled.

His Entrepreneurship started in 1997, while he was in standard 6 at gathukeine Pri. School in Muranga county. Ndindi, as popularly known started a kiosk at his home village; He says this never lasted for long.

READ ALSO: LIST OF AFFORDABLE CARS FOR KENYANS EARNING BELOW 100,000

He is quick to note that the entrepreneurship journey has been tough.

“My Dad wanted me to concentrate in school and therefore he ordered me to close it and bought all the stock”.

He loved business related subjects since this challenged his thoughts to create something that can bring him income.

Ndindi, joined Kiambugi High in 2000 where he could use the 200 sh pocket money to buy and later sell biscuits and sweets to the students.

From the profit he could lend this to other students at 50% interest.

“From this I realized that I can make it.if sweets and biscuits could give me over sh 1000extra what about if I had more capital”, He says.

He could then save his profits at home 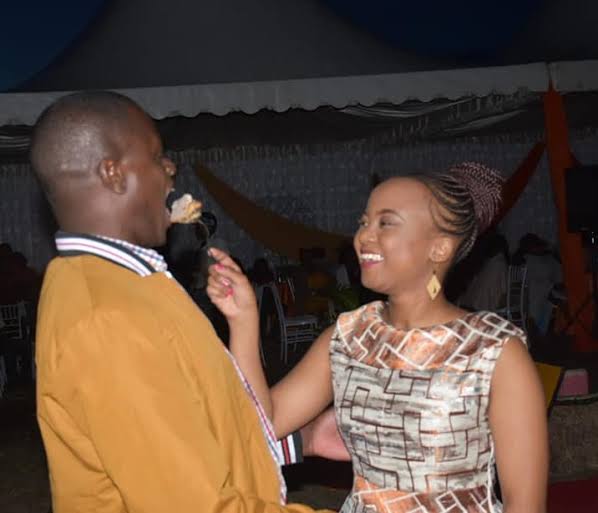 “Deep inside, I knew I would never want to get employed, my family wanted I get a white color job after my studies. But on the other hand my desire was to employ”

Ndindi, in 2005 enrolled at Kenyatta University for an economics degree.

As usual Ndindi, while in his first year decided to open a restaurant in KU.

“My dad was a carpenter in Thika at Kiandutu and had passed on and my desire was to assist my family”. Unfortunately, his restaurant business was not doing well and he closed it down and ventured in other areas.

“The restaurant was not making any profit and running it was not tenable, I decided to get a job in a stock broker firm, just to stay afloat”

This part time job in stock business enabled him to have lot of interest and he loved it.

“There was a lot of learning and I realized a gap in this field and the rate of competition was low”.

This opportunity gave Mr Ndindi an opportunity to open his company, to most of  his friends this was suicidal owing to the fact that he had failed in his previous businesses. It is when Ndindi opened StockBridge securities.

He notes that balancing his class work and business was a real struggle. In addition there was poor internet that was a must for his new company.

Ndindi, saw another opportunity and opted to start internet provision to help his stock trading business rather than outsourcing this from other companies.

“I did a survey in town-Thika and noted that internet connection was a big challenge and this informed me to start an ISP company.

The poor internet connection was affecting his business and he was sure that this will not fail since most businesses were having the same challenge.

Ndindi, Started his internet provision company known as Afrisec Telecoms in 2010 that was dealing with General IT services. He had pumped more than sh 4 Million by 2014 and by valuation his company net worth was approximately 50 Million by that time.

Ndindi has over 12 employees at Afrisec.

At Investax Capital- the stock brokering company they have employed nine employees, he says that his friend had a good opportunity to be an agent for Financial Services for CFC Stanbic, But he lacked capital to have it through. I had to come in.

In this new venture, Ndindi brought sh 3 million and got 50% stake. This investment is now valued over 25 Million.

“They have offices in Nakuru, Nairobi and Nakuru and plans are under way to have more branches.

“ I have plans to open Telesec Africa to deal with water engineering, civil works and drilling.

I always advice my employees not to remain forever as employees, I tell them to try and venture out and become employers. Most of my employees are my age mates so our relationship is easier.

Be Your own boss

Even though any business needs employees, I always challenge young people to think of them as employers.

He says to live a good life, you need money and this can only be realized in business-This is the main reason we go to school. When you are employed there is no way you will have more cash than your employer- To achieve this you must start a business.

How Of Get A Marriage Certificate In Ghana And Requirements Needed

Simple Ways That One Can Undertake To Sleep Fast

Zachary Levi: His Biography, Tv Shows, Ex-Wife And His Net Worth

Customary Marriages In Kenya:registration,requirements And Divorce

How To Wish Your Girlfriend Best Exam Wishes

Tips On How To Be Your Own Boss 38 minutes ago