Anjlee Gadhvi : ‘I Had The Desire To Live…’ Her Last Story At K24

Anjlee Gadhvi : ‘I had the desire to live…’ Her Last story at K24

Anjlee Gadhvi, The K24 New anchor who passed on today, the 10th January 2020 at 13.15 Pm as she was undergoing cancer treatment at Aga Khan Hospital.

Anjlee Gadhvi, has battled cancer the Hepatocellular carcinoma (HCC), the cancer type that affects liver for adults from 2014.

She had taken a break from her TV show, when she came back she featured a story” The cancer lie”

She also shared her experience while she was away

“i am a cancer thriver, i know its been a really long time since i graced your screens but i’ve been on a path of recovery, self-discovery, healing and self-love, but i’m back. during this cancer awareness month, i’ll be bringing you a special report on cancer but with a twist.”

“i had the desire to live, but i was faced with two scenarios. i had no money to undergo a transplant and didn’t have a suitable donor.

In 2016, her family had drained their finances and an appeal to Kenyans was made, 6.4 Million was raised within four hours.

A Donor was found from Mumbai, she was done a surgery that went on for 18 hours, and she was declared cancer free.

She had this to say,

“a transplant isn’t easy, it is a lifestyle change, one has to accept. i am finally on the road to recovery…”

Below are her beautiful photos 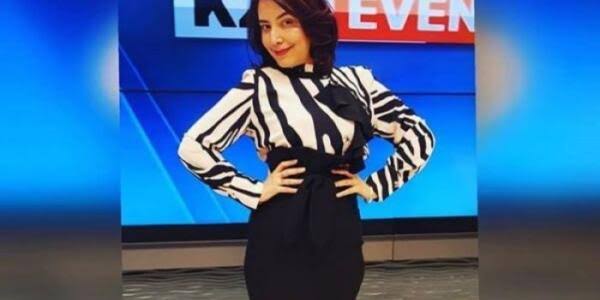 Dpp Bars Orengo From Representing A Corruption Suspect In Court

Miguna Miguna Back To Canada

Sonko’S Lawyer Under Investigation On Fraud

Matiangi Takes Over In Uhuru Absentia

Babu Owino Fails To Appear In Court 1 day ago